Skarpkulla museum consists of seven different buildings; among others the dwelling house,the loft and the cotter´s house. The different exhibitions of the museum mostly tell us about farming and its development in the region. The collection consists of more than 3200 itmes.

The dwelling house was originally the main building of a tenant holding owned by the Fiskars Company. The house was probably built in the end of the 18th century and was bought by Pohja Local History Society in 1964.

The loft has been moved from Lönnhammar in the northern part of Pojo. One of the rooms is now furnished as a servant girl´s summer room.

The cotter´s house originally comes from the Nygård manor in Pojo and was moved to the museum in 1983. It is a so called ”Mora-cottage” with a small entry and two rooms. It exhibits old household utensils.

The storehouse is a two-storey building moved in 1988 from Brödtorp manor in Pojo. Downstairs there is an exhibition of farming equipments, upstairs you can find hunting and fishing gear.

There are also two halls built in 1975 and 1987. In the newest hall there is a moped exhibition inaugurated in the summer of 2005 aswell as carriages, carts and sledges. The exhibition on the ground floor vary from year to year. In the farm hall you can find different tools needed in farming and milking.

The mopedexhibition in the new hall was inaugurated in 2005. It exhibits different makes of mopeds like Tunturi, Puch, Husqvarna and Solifer. The oldest is a Nordstjärna from 1946, it´s a bike with an engine from the 1950s assembled on the parcel carrier.

The owner of the collection, Torsten Dahlström, has during the last 30 years collected around 150 mopeds. You can find about a third in the exhibition in Skarpkulla. All mopeds are still driveable. Apart from the mopeds you can also find 50 chainsaws in the new hall. The oldest are from the 1950s. 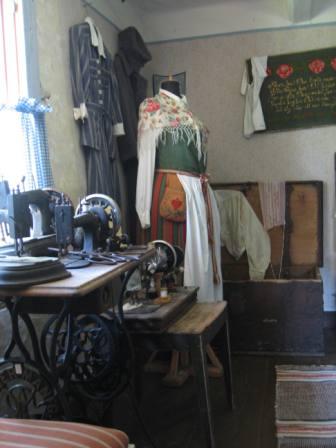 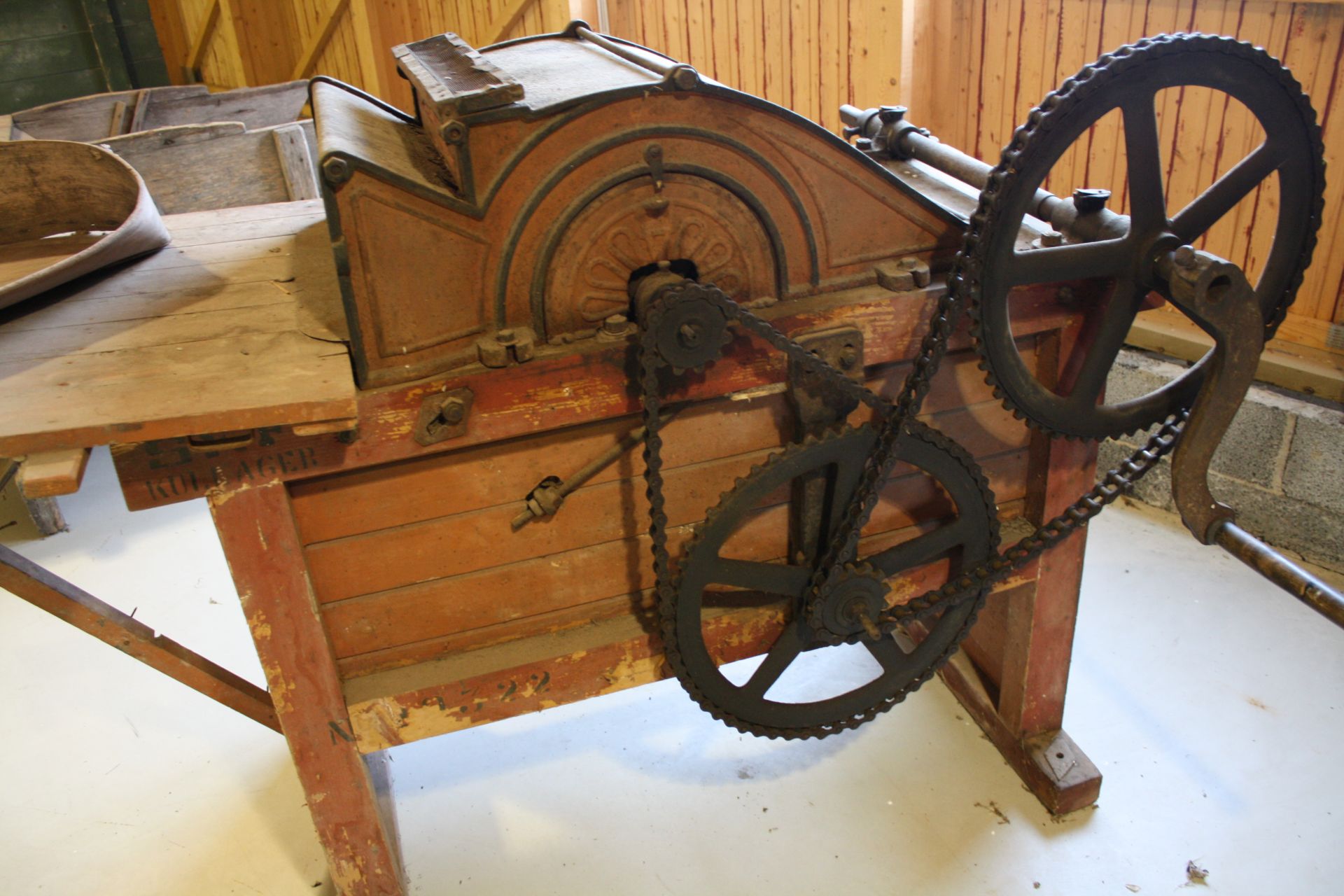 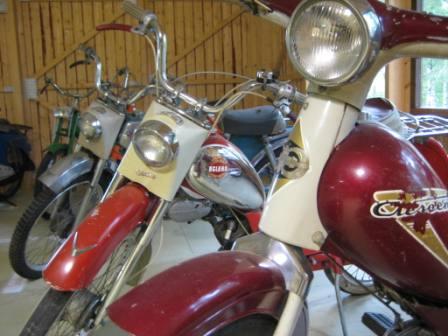